The Struggle is Real!

First, I like to congratulate the very brave and persistent XPO employees of Florida and New Jersey on their new Teamster contract! It has been a very long time coming. But with this victory more will come.Our struggles at FedEx Freight were very difficult.  With their anti union tactics of everything from, one on ones, anti-union propaganda and firing of pro union employee, using " constructive terminal" tactics and just outright lies. FedEx had deterred most of our terminals from moving forward. Except for our Stockton Teamsters.Who still haven't negotiated a contract, because of FedEx's not keeping their promise if a terminal would vote representation. But have won several unfair labor charges against FedEx. They are alone.XPO Teamsters beware! Though you are getting  contracts,which is a very good thing, yes. But don't underestimate XPO's attempts to find some of their loyal employees to try to decertify or undermine your successful campaign.With your success, courage and will. You may have paved the way for others to follow your lead. Are you listening FedEx Freight employees!Your Brother from FedEx FreightRudy Hernandez / aka irudedog P and D driverSan Bernardino Ca.

Posted by Conway/XPO Employees at 12:58 PM No comments: 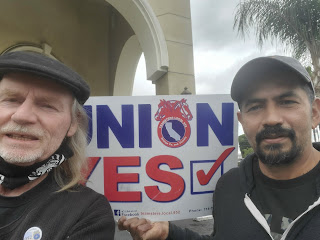 Retired Teamsters Local 952 Secretary-Treasurer Patrick Kelly and current ABF driver and former Con-way/XPO employee Jaime Romero are volunteering to help lead the XPO organizing drive to the finish line. They will help lead the fight to establish a contract that will regain the wealth and benefits that XPO has withheld from their workers.
Posted by Conway/XPO Employees at 9:35 PM No comments: 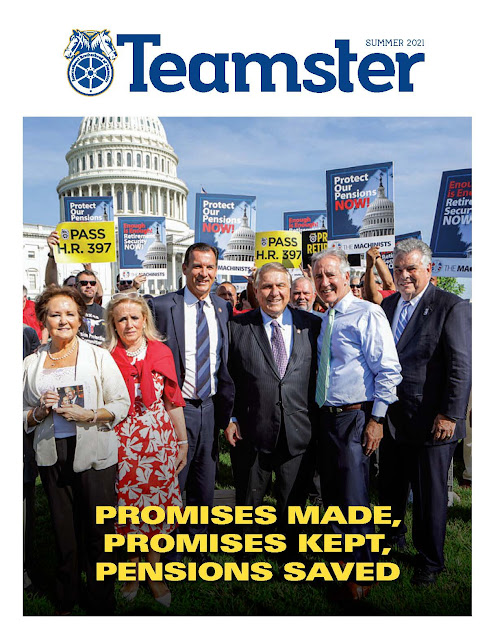 Posted by Conway/XPO Employees at 9:47 AM No comments:

Posted by Conway/XPO Employees at 9:20 AM No comments:

What Biden decides to do about Peter Robb could be a bellwether for how he governs -- as a moderate consensus-builder or a hard-nosed progressive.

One of the country’s most powerful labor unions is urging the incoming Biden administration to quickly fire the general counsel of the National Labor Relations Board, a potentially precedent-setting move that labor groups argue is necessary to protect worker rights.

Peter Robb, who was appointed by President Donald Trump and confirmed by the GOP Senate, has 10 months left in his term as the labor board’s quasi-prosecutor. The general counsel plays a crucial role in shaping U.S. labor policy, pursuing cases and setting rules that can determine how easy or difficult it is for workers to bargain collectively.

The 2-million-member Service Employees International Union sent a memo to President-elect Joe Biden’s transition team in late December making the legal and moral case for sacking Robb, calling him an “extreme, anti-union ideologue” and a “uniquely destructive figure” in labor relations, according to a copy of the memo provided to HuffPost.

On Friday, union activists plan to take their call to fire Robb public. The Fight for $15 campaign in fast food, which was spearheaded by SEIU, has organized a one-day strike at McDonald’s restaurants in several cities to coincide with the birthday of Dr. Martin Luther King Jr.

Firing Robb is expected to be a central theme of those protests.

The general counsel of the NLRB may be an obscure official to most Americans, but what Biden chooses to do about Robb could be a bellwether for how he governs ― as a consensus-making moderate who wants to play nice with Republicans, or as a hard-nosed progressive who wants to deliver for labor unions and other allies.

SEIU supported Biden’s candidacy and campaigned for him on the ground in crucial swing states like Michigan. Bloomberg Law reported in November that worker advocacy groups were hatching a pressure campaign aimed at getting Biden to fire Robb. Since then, SEIU has circulated memos not just to transition officials but to other allies in the labor movement arguing for Robb’s removal.

Terrence Wise, a Fight for $15 leader and McDonald’s worker from Kansas City, Missouri, said Biden should not hesitate to oust Robb.

“The NLRB is supposed to be there to help workers get a union. That hasn’t been the case. [Robb] has led the fight against unionization,” Wise said.

The NLRB is an independent agency that referees disputes between employers and unions, with a five-member board that decides important cases, kind of like a supreme court. The general counsel, who is separate from that board, is supposed to investigate and prosecute cases where employers or unions run afoul of the law, and to manage the work of the agency’s field offices.

The general counsel serves a 4-year term and is not normally fired when a new president takes office, even from a different political party. Robb’s term is scheduled to end in November 2021. Firing him instead would allow Biden to install a new general counsel more friendly to workers and unions right away.

GOP-appointed general counsels have historically favored businesses over unions, but labor groups argue that Robb has been egregiously anti-labor.

SEIU and other unions were furious over his handling of the NLRB’s case against McDonald’s. The general counsel under Trump’s predecessor, Barack Obama, had brought a case against the fast-food giant alleging it had retaliated against workers with the Fight for $15; after Robb took over, he reached a settlement with McDonald’s determining that the company wasn’t on the hook for labor violations alongside franchisees. A judge initially rejected the settlement, saying it left franchisees with “no real obligations to do anything.”

Since then, Robb has gone after so-called “neutrality” agreements between unions and employers that make it easier for workers to organize. And he has recently taken on Scabby the Rat, the labor-dispute protest icon beloved by unions and progressives. Robb apparently hates the rat and wants to ban its useas “unlawfully coercive.” The board has asked the public to submit briefs on the issue and could hand down a decision that takes the air out of Scabby.

Mary Kay Henry, the president of SEIU, said in an interview that Robb’s handling of the McDonald’s case “shows he has done and will continue to do enormous damage to working people in the coming months.” She said she has recommended he be fired in conversations with Biden transition staff.

A spokesperson for the NLRB said the agency declined to comment.

Aside from SEIU, no other national unions appear to be making public calls for Robb’s ouster. But a source close to the AFL-CIO, a federation of 55 unions that does not include SEIU, said it supports the idea of booting Robb. A spokesperson for the Biden transition did not respond to an email seeking comment.

The results of the special Senate elections in Georgia on Jan. 5 have likely only firmed up SEIU’s conviction that Robb should be fired. With a Democratic majority in the Senate, Sen. Mitch McConnell (R-Ky.) and other Republicans will have a harder time stonewalling the nomination of a new, Democratic general counsel or other nominations to the NLRB.

The main danger is that such a move would establish a new precedent and that a future Republican president in Biden’s shoes would oust a Democrat before their term ends in favor of someone who is anti-union.

Those who support firing Robb might argue that Democrats should not observe hitherto political norms under the expectation that Republicans will pay them the same courtesy when they regain power. Trump has smashed one standard after another as other GOP leaders stood by, and McConnell has been ruthless in reshaping the Supreme Court to conservative ends.

“I think that working people are in the depths of a crisis. I think action is required,” she said. “This questioning about norms doesn’t deal with what we’ve lived through in the last 40 years in his country, where norms around working people have been eroded steadily.”

I think that working people are in the depths of a crisis. I think action is required. Mary Kay Henry, president, SEIU

With most of another year left in his term, unions fear Robb could do more damage to their cause, especially with a 3-1 Republican majority remaining on the board. One seat is currently open, and the next vacancy comes up in August.

“If Robb is permitted to stay on,” SEIU’s general counsel, Nicole Berner, wrote in a memo, “he will help that majority continue their anti-worker project through November 2021 when his own term expires, and beyond, when the Board still will be able to decide pending cases from his tenure.”

Brandon Magner, a union-side attorney, recently wrote on his substack Labor Law Lite that a president’s ability to fire the NLRB general counsel appears clear. Appointees to the five-member board can only be hooked for malfeasance or “neglect of duty” under the law, but no such stricture applies to the general counsel. Saying the labor movement was “in a crisis,” Magner concluded that Biden “shouldn’t be able to stand having Peter Robb serve a second longer than necessary.”

Wise, the McDonald’s worker, agreed with that assessment, comparing Robb’s tenure to “the fox guarding the chicken coop.”

“That’s why we’re calling on the Biden administration ― and I would say the first day, not the first 100 days ― to get rid of this guy,” he said. 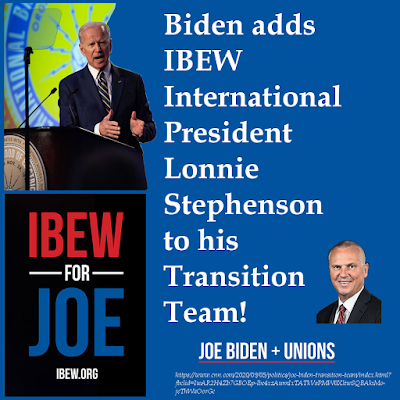 Posted by Conway/XPO Employees at 10:23 PM No comments:

Posted by Conway/XPO Employees at 10:18 PM No comments: