Class-action lawsuit argues that drivers were misclassified as independent contractors 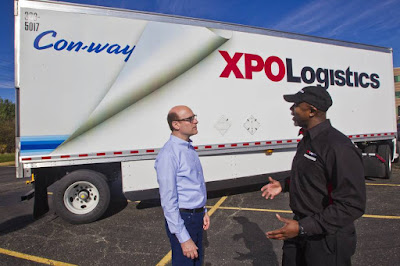 Three trucking company subsidiaries of XPO Logistics Inc. were sued in California Monday for allegedly misclassifying their drivers as independent contractors.
The lawsuit seeking class action status, filed in Los Angeles Superior Court, argues that drivers for XPO subsidiaries Pacer Cartage Inc., Harbor Rail Transport and PDS Transportation Inc. failed to pay minimum wage, provide meal breaks and rest breaks and to reimburse business expenses, among other allegations.
In an emailed statement, XPO Chief Operating Officer Troy Cooper said: “We believe this case is without merit and plan to litigate it vigorously. We are in constant dialogue with our independent-contractor carriers and believe the vast majority of them value the significant benefits that operating independently can bring.”
XPO, a transportation services company, has grown rapidly over the past few years through acquisitions. Until last year, when XPO purchased trucking company Con-way Inc. and French transportation firm Norbert Dentressangle SA, most of the company’s subsidiaries were “asset-light,” meaning their contractors owned the equipment—for example, trucks—that they used to transport cargo.
The trucking companies that were sued Monday perform what is known as drayage trucking services, or hauling goods the short distance between seaports and nearby rail yards and warehouses, a key link in the national supply chain. Within the domestic drayage market, estimated by research firm FTR Transportation Intelligence as generating $12 billion in annual revenue, the independent owner-operator model is common.
But that model has increasingly come under legal scrutiny, in drayage as well as other sectors of the transportation industry. Alleged misclassification of workers has led to high-profile lawsuits against Uber Technologies Inc. and FedEx Corp., among others. FedEx settled a case in California last year for $228 million. Last month, a California judge ruled to expand a class-action suit brought against Uber by three drivers who claim they are employees, not contractors, and deserve benefits such as workers’ compensation.
Workers in the lawsuit filed Monday are being represented by the Los Angeles law firm Kabateck Brown Kellner LLP, which has previously brought similar claims against several drayage trucking companies, including Pacer. A $4.25 million settlement with Pacer, which they reached last May, is awaiting a judge’s approval.
Write to Erica E. Phillips at erica.phillips@wsj.com 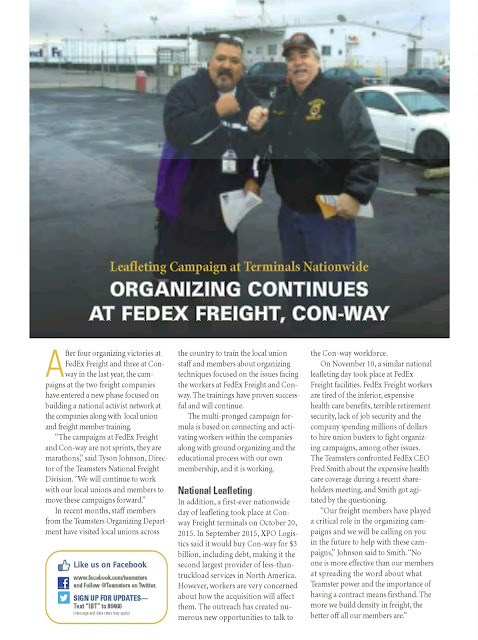 CLICK HERE TO CHECK OUT ARTICLE ON TEAMSTERS MAGAZINE