Back to back Victories!

Congratulations to the in XPO warehouse workers in North Haven, CT and the XPO freight drivers in Aurora, Illinois who voted to join XPO freight workers from Miami; Laredo, TX; and Vernon, CA. 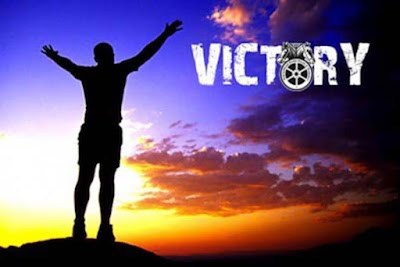 WHO WILL BE NEXT FOR THE REMAINING OF THE DOMINO EFFECT TO FALL, FOR A BETTER FUTURE AND A BETTER LIFE! LADIES AND GENTLEMAN MY CO-WORKERS OF
XPO LOGISTICS THIS COMPANY OR SHOULD I SAY MR JACOBS HAS A LOT OF $$$$$$ TO SPEND ON UNION BUSTERS TO CONVINCE US NOT TO HAVE A BETTER WORLD TO PROVIDE FOR US AND OUR FAMILIES, SO I ASK YOU TO ASK YOURSELFS IT IS TIME FOR THE XPO'S EMPLOYEES TO THAT MAKES THIS COMPANY AS $$$RICH$$$ AS IT IS, TO GIVE SOME BACK TO THE PEOPLE THAT THAT MAKES THEM THEM THIER MILLIONS OF DOLLARS EACH YEAR. HEY PAYBACKS A BICTH AND IT'S WAS CALLED X-CONWAY NOW XPO!
WE CANNOT CHANGE ANYTHING UNLESS WE CHANGE IT TOGETHER!!!! WHEN IT RAINS IT F*****KEN POURS!!!!!!
PS: WAY TO GO AURORA & CT THAT'S THE WAY YOU DO IT.

CONGRATULATIONS AURORA/CT WELL DESERVED
FIGHT FOR WHAT YOU BELIEVE.

Can a union stop favoritism?if yes how?

When does Philadelphia vote?

Vote will be on November 10

What kind of favoritism

Favoritism exists at every terminal....that's why we need a collective bargaining agreement or a union contract to stop favoritism, force to drive unsafe equipment, management disrespecting seniority and many other issues management ignores

Today we announced the sale of the former Con-way truckload business to TransForce, to focus on growing the services where we hold leadership positions. TransForce is getting a great team and the 19th largest asset-based truckload carrier in the U.S. Read more about this strategic sale:SIGN THOSE CARDS WHILE YOU STILL CAN.

REMEMBER PEOPLE THE ORIGINAL PLAN JACOBS WANTED WAS TO PURCHASE MENLO LOGISTICS BUT IT WAS A FLAT NO HE HAD TO PURCHASE LTL, MENLO & TRUCKLOAD. REMEMBER HE SPECIALIZE IN LOGISTICS COMPANIES.

Yeap!and I heard up here in Buffalo that Miami assessment insurance was going to remain the same for the complete year of 2017 so what the fuck does that tell us we're fucked ladies and gentlemen I'm already paying an arm and a leg for my family my wife and my two boys people, Miami is the only terminal that their insurance will remain the same for the year of 2017, because of negotiations ain't that some shit well I tell you what here in Buffalo we're jumping on the bandwagon we're done with this shit getter Done great job Miami keep it up and get that contract as well we all need better insurance Bobby ray.