For years, truck drivers have complained about being pushed by dispatchers and others to violate federal regulations to meet unrealistic delivery deadlines. Soon, truckers may have a way to push back.A proposal published in the May 13 Federal Register targets “coercion” against truckers and would hit offenders — including motor carriers, logistics operators and shippers — with penalties of up to $11,000 per incident, and possible revocation of the operating authority of a trucking company, freight broker or forwarder.The proposed rule is the latest step toward extending the regulatory reach of the Federal Motor Carrier Safety Administration beyond trucking to the broader supply chain. The FMCSA is looking into issues such as driver detention to determine how action or inaction by shippers, consignees and other supply chain partners can affect truck driver health, well-being and safety.“Safety has got to be part of the supply chain, part of logistics planning, just as sustainability and efficiency are,” FMCSA Administrator Anne S. Ferro said during a panel discussion at the annual meeting of the Transportation and Logistics Council in Nashville, Tennessee, in March.The FMCSA began studying the effects of excessive detention at shipper and receiver sites in 2012, recently completing the first phase of its investigation. The second phase of the detention study is set to begin shortly.The agency is also studying the connection between detention, driver pay and highway safety. At the Transportation Research Board meeting in Washington in January, Ferro called detention “not just inefficiency in the supply chain, but inefficiency that is placed on the back of truckers and for which they are not compensated.”The Obama administration included language in the Grow America Act — the White House’s $302 billion surface transportation spending proposal — that would require truck drivers who are paid per mile also be paid for non-driving time at an hourly rate not less than the federal minimum wage, currently $7.25 per hour.Although the Obama bill may have less chance of advancing in Congress than a fuels tax increase, the driver pay provision does indicate how the administration is thinking about driver and truck safety issues.Ferro said Congress gave the agency a freer hand to oversee supply chains in the 2012 Moving Ahead for Progress in the 21st Century Act or MAP-21, by ordering the agency to issue an anti-coercion rule, along with an electronic logging mandate. MAP-21, “extends the agency’s authority to penalize into the shipping world,” Ferro told the T&LC, ensuring “a holistic approach to safety for that last mile.”In its rule-making, the FMCSA goes farther than Congress ordered. The agency’s proposed rule would cover not just Federal Motor Carrier Safety Regulations and Hazardous Materials Regulations but the commercial regulations governing motor carrier practices — such as obtaining insurance and operating authority — the FMCSA inherited from the Interstate Commerce Commission.The coercion rule-making should put transportation intermediaries and shippers — as well as trucking companies — on alert. In its proposal, the FMCSA said Congress in MAP-21 decided to expand the reach of motor carrier safety regulations “from the supply side … to the demand side,” including shippers, receivers, brokers, freight forwarders “and others that hire motor carriers to provide transportation and whose actions have an impact on CMV (commercial motor vehicle) safety.”The rule-making targets any company that threatens drivers with “loss of a job, denial of subsequent loads, reduced payment, denied access to the best trips, etc.” for refusing to operate a truck under circumstances they know or should know would violate federal truck safety rules.For example, insisting a driver deliver a load on a schedule that would be impossible to meet without violating hours of service regulations, or pressuring a driver to operate an unsafe vehicle. The coercion rule would apply to shippers or brokers when they assume the role “normally reserved to the driver’s employer,” the FMCSA said in its proposal. For example, directing a driver to finish a run within a certain time. That shipper or broker “may commit coercion if it fails to heed a driver’s objection that the request would require him/her to break the rules,” the agency said. “When directing the driver’s actions, these entities ‘should have known’ whether the driver could complete the run” without violating the work rules.The driver would have to object for a threat to constitute coercion, the agency said, asking for comments on how drivers might modify their interactions with shippers, receivers and intermediaries in response to the rule. Comments are due by Aug. 11, 2014.The proposed rule could certainly lead to changes in how shippers, receivers, brokers and carrier dispatchers interact with drivers. Some trucking companies may decide their dispatch staff needs additional training.Under the proposed rule, drivers would have 60 days to file a written coercion complaint with an FMCSA division administrator, either the administrator for the state where the coercion occurred or the one for the state where the company involved has its principal place of business. Complaints sent to the FMCSA by e-mail, letter, social media or phone will be forwarded to the appropriate state FMCSA official.The division administrator would then determine whether a complaint was “non-frivolous” and investigate accusations of coercion, the FMCSA said in its proposal.Contact William B. Cassidy atwcassidy@joc.com and follow him on Twitter: @wbcassidy_joc.

Posted by Conway/XPO Employees at 11:28 PM No comments: 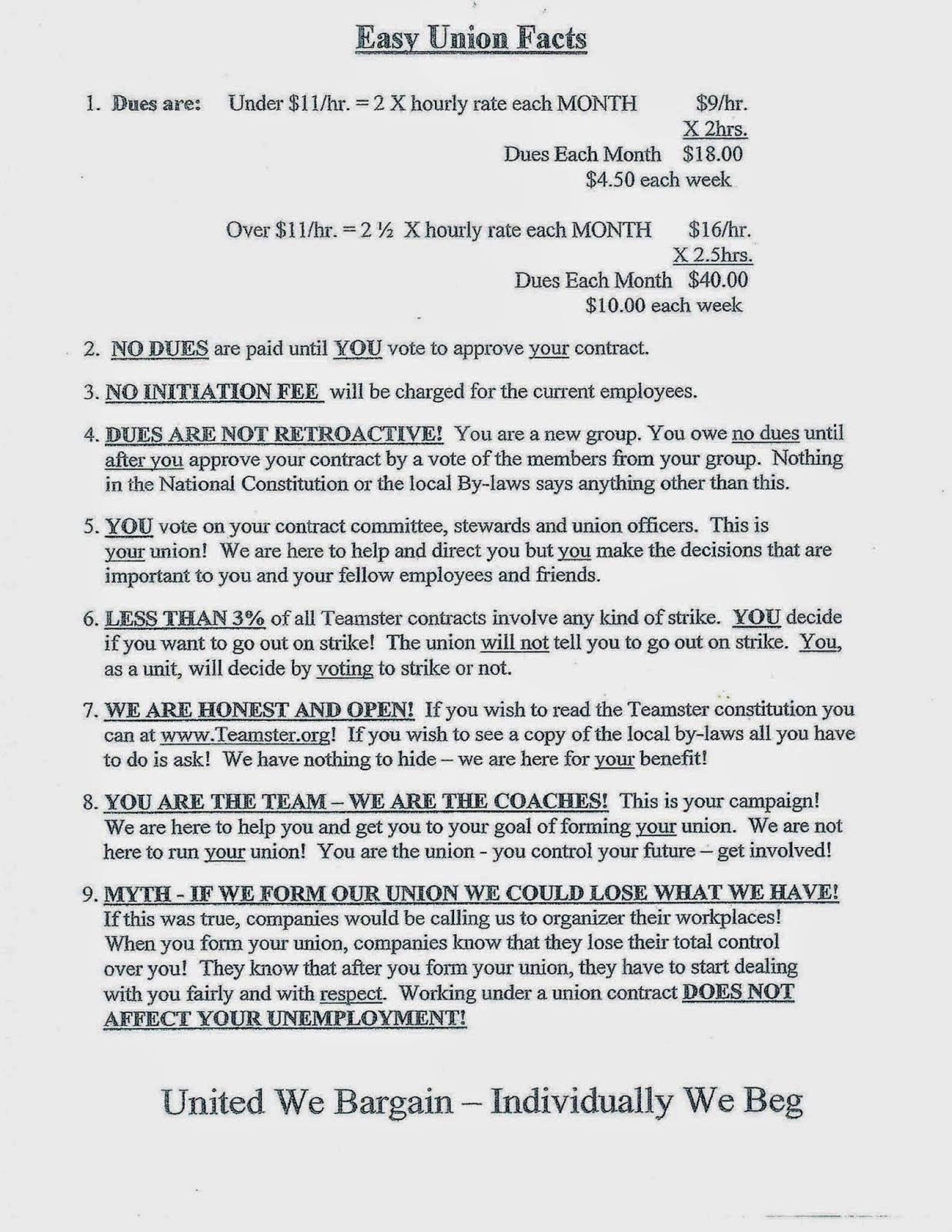 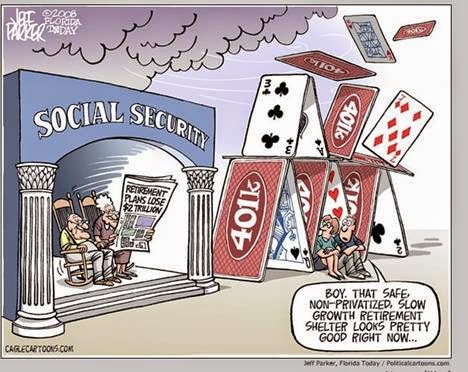 Posted by Conway/XPO Employees at 3:06 PM No comments:

Conway is not doing a very good job with their anti-union propaganda. They sit us down read off a memo to tell us how bad unions are. They tell us that in negotiating a contract, we start from scratch. That the union could negotiate low wages, terrible benefits (they already are), and less job protections (we don't have any). Then they bring up that unions have been on a decline since the 1980's but don't go into detail of why. They don't mention how deregulation of the industry gutted protections that were in place to stop these greedy bastards. Then they go to their story about Conway Eastern, also known as Penn Yan Express which was a union carrier that Conway purchased and then shut down. A purchase that was made solely to acquire the properties and equipment. When we ask questions or make statements to counter them, they sit their twiddling their thumbs and say they aren't experts on unions. So, if they don't have the knowledge to answer a few simple questions, how are we supposed to believe their lies???? The company should get a refund from their union busters. Looks like they tried to save a few bucks and went with the cheapest union busters.

Posted by Conway/XPO Employees at 10:18 AM 2 comments: