Posted by Conway/XPO Employees at 7:49 AM No comments:

We need to stress to all the drivers and dock workers that we cannot let ourselves be fooled by the lies that Conway has said about closing down the terminal if the union is voted in. Closing the terminal as a whole if the union is voted in is illegal. They have already been closing the doors to us, one by one. If we don't fight and sacrifice to bring in the union then you can expect the company forcing each of us into early retirement or try to find ways to terminate us once we get up in age. Bringing in the union is essential to securing our future. The company has been saying that they closed a terminal in San Francisco over 20 years ago because they wanted to form a union. That is a blatant lie! Our CEO and stockholders are making billions off our backs! It's time we get a bigger and fair share of the pie. Voting the union in will mean that we get a pay raise, lower medical premiums, and job security! We are as much a part of this corporation as they are! This won't be easy, it will be a tough mountain to climb but once we get to the top, we will have paved a better future for ourselves and the younger guys coming in. It's not up to Conway to form a union, it's up to us!
Posted by Conway/XPO Employees at 3:22 PM 2 comments: 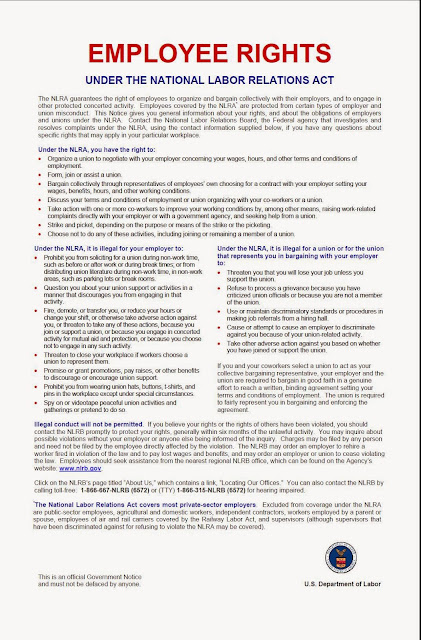 Posted by Conway/XPO Employees at 9:05 PM No comments: